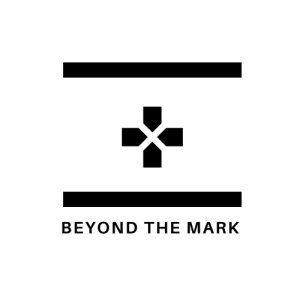 Lulu Tuilotolava is the first Tongan to make the New Zealand Women’s Black Sticks team, an incredible achievement given only at the beginning of the year, her main goal was to make the NZ development squad.

“I was enrolled fulltime at university earlier this year and when the team won gold at the Commonwealth Games, I thought that would be the team going to the World Cup so when I got selected to debut in the Cromwell tournament, it was crazy and I couldn’t believe it!”

It’s an impressive feat for the Tongan youngster, especially given her uncertainty towards the game she loves only a few years prior.

“2016 was a hard year for me; when I look back, I wasn’t fit and I wasn’t willing to listen to feedback, which is really bad. It hit me when I got some sobering advice following a tournament. I realised there were two ways to take it – quit the game or prove to myself that I could get back on track to where I wanted to be.”

“So last year I set small realistic goals – to get my fitness up, get leaner, and make teams – this year I wanted to at least make the development squad so that was a massive achievement for me and now things have progressed so fast.”

When asked about advice Lulu would give to young athletes, she simply responds with “trust the process. If you want results, you have to want to work hard. I used to be fixated on the result; my dad would always question me on what small steps I was making to reach my goals but I assumed I would just get there.”

“As cliché as it sounds, natural talent will only take you so far – doing the one percenters is the difference and will help steer you on the right path.”

Having successfully secured a spot in the Black Stick’s for the upcoming World Cup, Lulu is keen to make sure she earns the fern.

“I have to continue to do all the little things right so the coaches want to continue to pick me in the Black Sticks. Although I have only just started so I also want to enjoy the ride.”

Although she is the first Tongan to make the NZ Hockey squad, Hockey has always been the choice of sport in the Tuilotolava household. From the moment her father spoke to ex-Black Stick Caryn Paewai he decided hockey was the way to go, and the four siblings have played since.

“I started playing when I was five. I used to swim a bit and play Basketball socially at school but hockey has always been the main focus. There are not a lot of Pacific Island kids playing hockey so I’m hoping that will change.”

“Dad is from a league background; I support the Warriors and he is a Dragons man but one team we all support is Tonga – Mate Ma’a Tonga. I’m not fluent in the language but I’m very proud to be Tongan.”

Like the Tongan Rugby League Team she passionately supports, Lulu represents her Tongan heritage with pride, and this is evident during our conversation.

The transition from club level to the Black Sticks has been a big adjustment, but Lulu is adapting well.

“We train six days a week, sometimes twice a day. My body is getting used to the intensity but it’s during those moments when I want to cry where I question myself, but then I quickly realise it’s all worth it.”

“I remember the reasons why I started playing hockey and remind myself that this is exactly what I’ve worked so hard for. It’s tough especially during games because I’m always pushing myself to be better. I’m now trying to practice mindfulness regularly.”

Off the turf, Lulu enjoys spending time with family and friends. Born and raised in South Auckland, she attended Papatoetoe South Primary, Kedgley Intermediate and St. Kentigerns College. Having gone from a decile 1 intermediate to a decile 10 high school myself, I was interested to hear of Lulu’s own experience.

“It was a 100% cultural shock going from Kedgley to St Kentigerns; I was the only one from my intermediate and when I look back I feel like I lost a little bit of who I was because I was trying to fit in. You can lose your cultural identity getting caught up in other people’s lifestyles, and I wish I didn’t, but my parents have always tried to keep me grounded and I’m grateful for that. I can see now that it doesn’t matter what school you attend, if you work hard and have a good attitude, you can make things happen.”

When asked how she’s perceived by those closest to her, she grins and mention’s she’s got quite the sense of humour.

“I think my family would also say I’m a bit crazy at times but that’s because I want to achieve what I plan; I’m not a fan of half-done jobs.”

With the upcoming Women’s World Cup and potential Professional league commencing in 2019, the future is looking bright for NZ hockey and Lulu. As she explains, “it’ll be like NRL teams playing each week but with more countries. If it happens the Black Sticks can only get better.”

For now though, Lulu will persevere with part-time study. “I just need to be organised and plan well to juggle both. I promised my family two things – to make the Black Sticks and to graduate so I’m nearly there.”

As for future plans, travelling and playing hockey is up there for Lulu, but understandably, her sole focus is on contributing to the team’s campaign at the World Cup.

To keep up to date with Lulu and the Black Sticks at the World Cup in London, click here